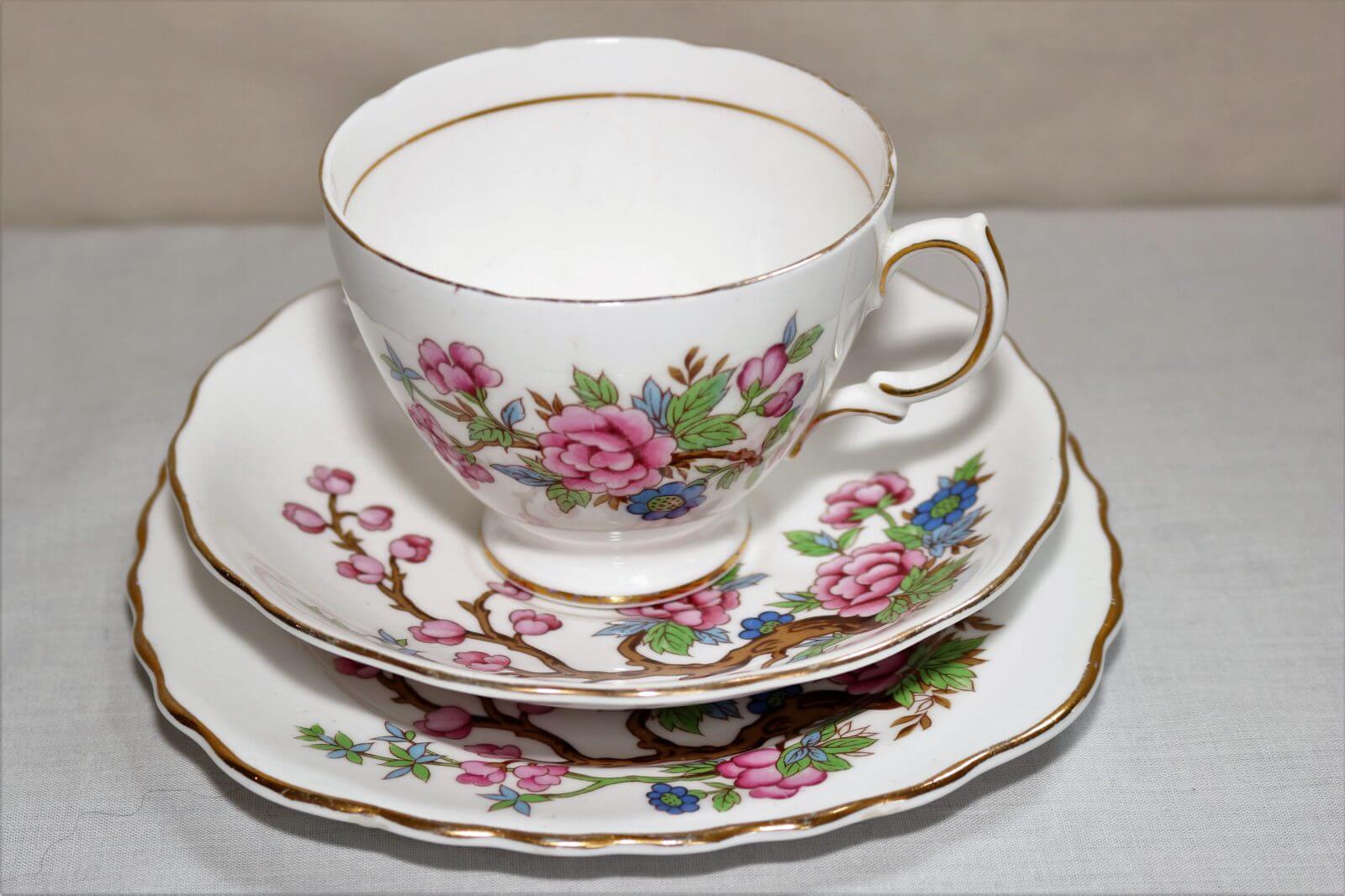 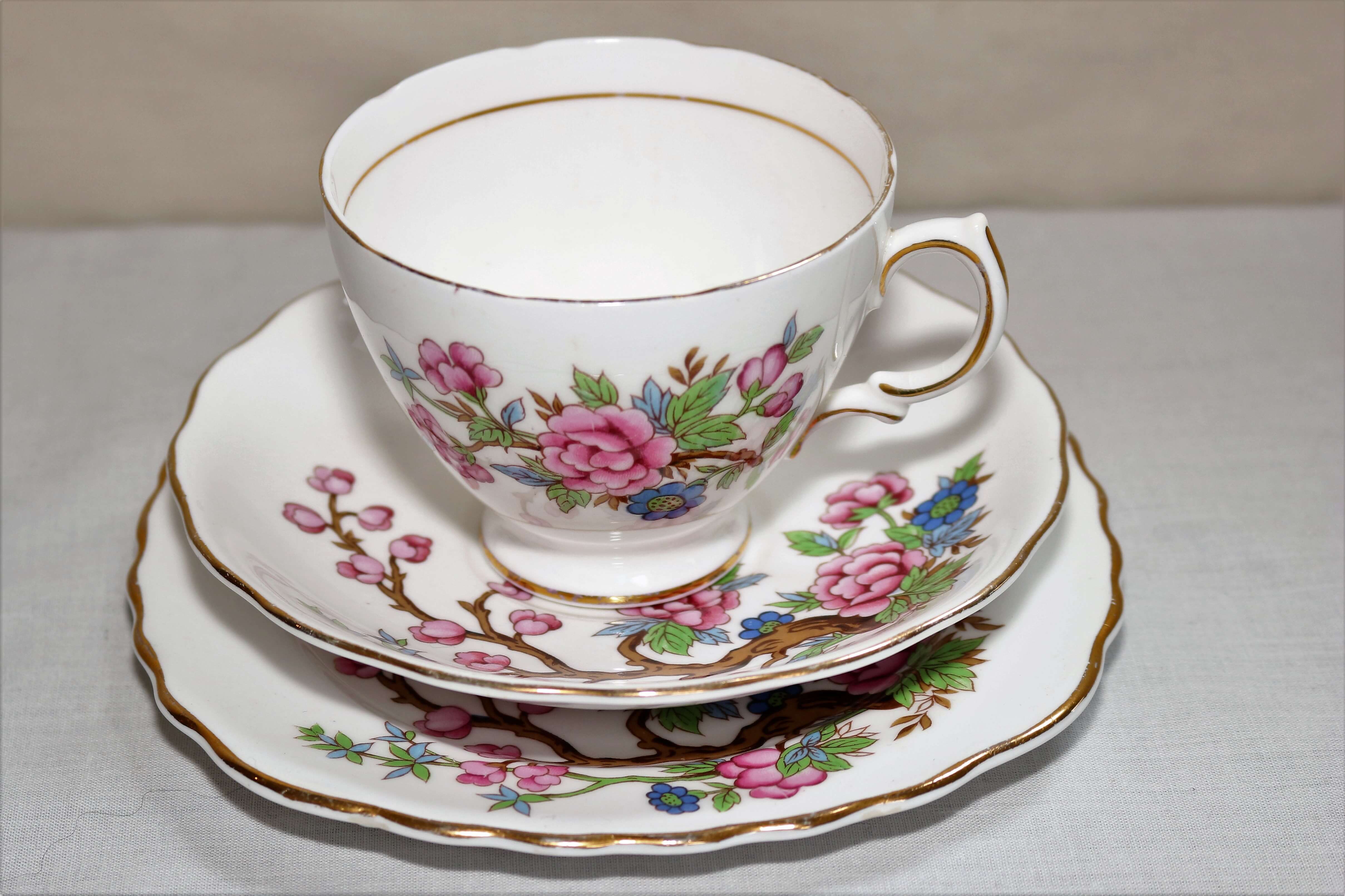 Gorgeous Colclough Tea Set Trio with a Cherry Blossom Pattern
When sourcing our Vintage China we come across Colclough Tea Sets again and again. The fabulous colours and exquisite patterns catch the eye before you even look at the makers mark. The beauty of these Colclough Tea Sets mean that they are still popular today, even though it’s more than 20 years since they were last made.

History of The Colclough China Company

The Colclough China Company was founded by Herbert Joseph Colclough in 1897. He was an ex Mayor of Stoke-on-Trent and was passionate about pottery. He had a love of design and colour which made his products popular.

In 1913, following a visit to his Vale Pottery in Longton, Stoke-on-Trent, by King George V and Queen Mary, he received a Royal Licence, and started to produce Royal Vale China as a backstamp of the Colclough China Company.

According to various histories of the Potteries, Colclough was the first to produce dinnerware as well as tea sets. He had an ambition to make the sets accessible to the mass market rather than just the preserve of the rich. This was achieved by making individual items available so that people could build up a collection over time rather than having to order a complete set in one go. An advert the company ran in 1947 stated, “The brand-name of Colclough stands for delicate Bone China which combines quality and decoration with price within the reach of all.” It also claimed to be “Britains largest manufacturers of Bone China Teaware.”

The company continued to grow. In 1948, it took acquired Booths and Adderley. Then in the early 1950’s merged again with the Ridgeway Company to become “Ridgway, Adderley, Booths & Colcloughs Ltd”. In 1955 they were renamed as Ridgeway Pottery Ltd. The company was then acquired by Royal Doulton Group in the early 1970’s. In 1996, Colclough production ceased.

Herbert Colclough definitely succeeded in bringing his beautiful tea ware to the masses. This is one of the reasons so much of it is available today. The quality of the bone china, vividness of the colours and the beauty of the designs, mean it is still desirable today.

Google API Error: You must enable Billing on the Google Cloud Project at https://console.cloud.google.com/project/_/billing/enable Learn more at https://developers.google.com/maps/gmp-get-started
Local API Error: No route was found matching the URL and request method.