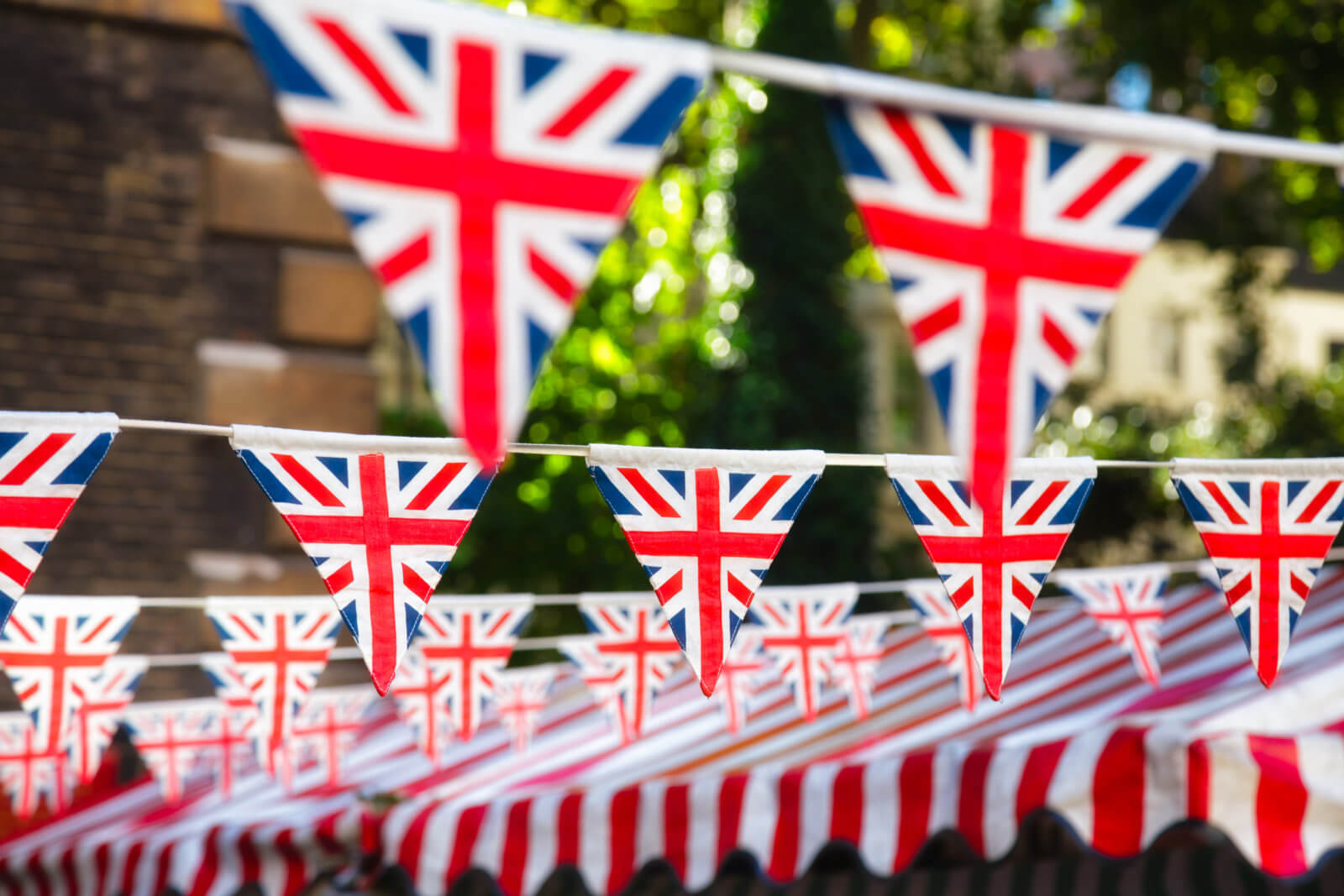 Street Parties have been a part of British culture for about a century.  The first documented ones took place at the end of the First World War to celebrate the peace treaty in 1919.  There are references going back further into history of streets being decorated at times of national celebration.

The traditional idea of a Street Party is bunting draped across the street, tables and chairs down the middle of the road, and all the neighbours joining in.  They usually take place as part of Royal events such as Jubilees or Weddings, or national celebrations such as the end of the World Wars.  In June 2016, the Queen held a huge Street Party in The Mall for 10,000 people to celebrate her 90th Birthday.  According to www.streetparty.org.uk half a million people took part in 5,000 Street Parties across the country as part of those celebrations.

Over the last decade or so, a number of movements have been set up in the UK to promote Street Parties. It is seen as a way of developing a sense of community and tackling loneliness.  The first of these was The Big Lunch.  This is an Eden Project initiative funded by the National Lottery.  Started in 2009, a Big Lunch has been held every year since.  According to their website “In 2017, 9.3 million people took to their streets, gardens and neighbourhoods to join in for a few hours of community, friendship and fun.”  In 2017, the Jo Cox Foundation also launched the Great Get Together which is also planned to be an annual event.

How do I organise a Street Party?

You may be surprised how easy it is to organise a Street Party.  The first step is getting people interested.  Knock on doors, even those of people you don’t know.  Once you have a handful of people interested arrange a planning meeting.  This is about a neighbourhood coming together.  One person taking on all the organisation won’t achieve that.  Everyone coming together with different ideas will make your event more of a success.

One of the first steps when you have a date in mind is to talk to your local Council.  Have a clear idea of who you’ll be inviting to your event.  I don’t mean inviting the nice couple with the dog at number 9, but not inviting the weird family at 21.  The Council will need to know if you are selling tickets, advertising to the public, or simply inviting all the houses on your street.  Providing the party is just for residents of a small area, such as one or two streets, you don’t need a licence.  Your local Council will be able to advise you on street closures. If one is needed you will have to apply, so make sure you speak to your Council in plenty of time.

How you set up your Street Party depends on how busy your street is.  Don’t be put off though if you live on a busy road.  The movement towards promoting Street Parties as a way of developing communities, means that a lot of the red tape has been ripped up and replaced by Street Party friendly bunting.  There a lots of helpful websites which have guides to what you need to do.

My road has been having a Street Party since the Big Lunch first launched in 2009.  It doesn’t take us much planning but we look forward to it every year.  We have had live music, been rained on, the kids have had water fights.  No matter what the weather, we always have a great time.  Since the first year, there is no doubt that I have got to know my neighbours a lot better than I did before.

We are lucky enough to be a small, quiet street.  Chairs and tables are set up on drives and the pavements so that we don’t need to close the road.  Cars are moved out of the way so the kids can play in the street.  The kids even use chalk to “paint” the road as part of our decorations.  All the houses that are taking part bring food.  We say to bring enough to feed your family, and then it is all shared out.  We share out jobs like putting up the bunting, setting out the chairs.  Part of the fun is everyone mucking in together.

Resources to help you organise a Street Party

You’ll find lots of websites with helpful guides.  Some, like the Big Lunch, will even send you packs of invites and goodies.

Good luck if you do decide to organise a Street Party.  Hope you find it as much fun as my street do every year.